If you’re offended by romance novels, we should probably not date.

Recently I started talking to this guy who was all sorts of excited to find out I was a published author…right up until he found out I write romance. “Oh,” he said. “No offense but I would never read that crap.”

So let’s set aside the fact that he just called my choice of writing crap and go to where curiosity took me…”Have you ever read one?” I asked.

“No. But I prefer more intellectual reading.” 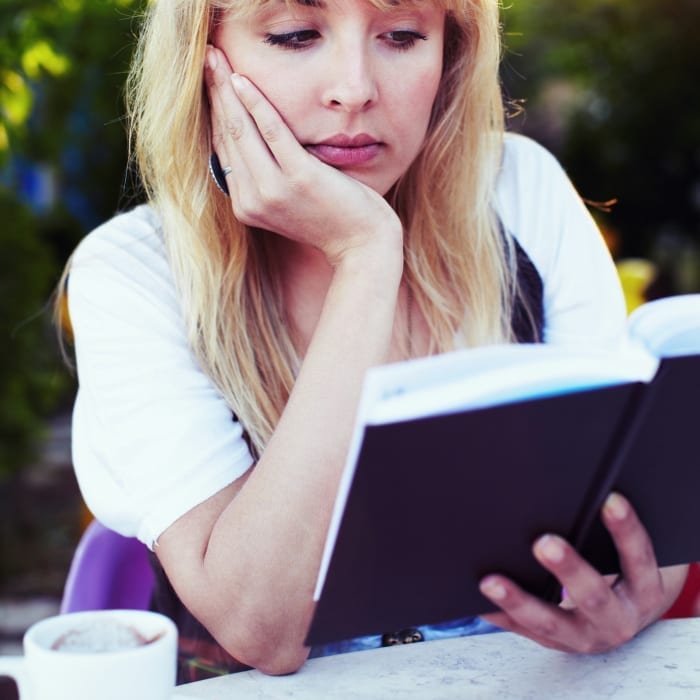 Keep in mind this is only like the second or third convo we’ve ever had. I was all prepared to talk to him about so many other things. I mean, we could have talked about Drumph, or the bird landing on Bernie’s podium. I was all caught up on the Josh Dugger getting out of rehab just in time to promote his sister’s book thing. We could have talked about Gary Shandling (hail hydra, RIP), or the fact that he wanted to meet halfway for coffee and there was no way on earth I was going to drive out that far (be a man, meet the chick where she’s comfy, m’kay?)…

Instead he chose to insult a genre of writing that makes up over half the book sales in the world. Without ever having read it.
Now, I don’t know about you, but I grew up on these novels. I read other things, sure, but romance was always a big part of my life. I started with those sweet little Harlequins, graduated to the flowy haired Fabio covers in my teens, and eventually moved onto the huge contemporaries by people like Susan Mallory and of course the cozies like Janet Evanovich and the such.

These books are brilliant. They are full of modern psychotherapy insights, told with hilarious, sharp wit, and manage to transport the reader (me) into a completely different world while I read them.

I read other things, sure. I’m a reader. I love contemporary literature, I own every year of Best Of American Short Stories that has been published since 2000, I’ve got a penchant toward reading science journals…especially anything about neurological brain science…but none of that really matters…because it shouldn’t matter to him if all I read was the back of cereal boxes if he was truly into me. Am I wrong?

I politely made up a cooking emergency and hung up on the guy.

I guess what really got to me wasn’t necessarily that he didn’t read romance, but the fact that he’d blindly insult something I was obviously into and think I’d still want to meet.

So that’s where I’m going with this. I know a lot of you are dating. You’re either single singletons, or single moms, or recently paroled from prison or whatever and trying to navigate this whole dating thing…

My advice to you: if the guy isn’t into something really big that you are into…walk away. It’s cool if it isn’t his thing. I don’t expect to meet a guy who reads romance novels, but if he can’t respect the fact that I do, then he’s probably not for me.

Do you have any dating deal breakers? Tell us about them in the comments below!