There are a million hurdles to jump through when you’re the kind of girl who doesn’t want to raise children. Why does falling in love have to be one of them? I guess that’s just the kind of thing we have to understand, the struggle we have to live with. I’m one of those girls, and this is my love story. 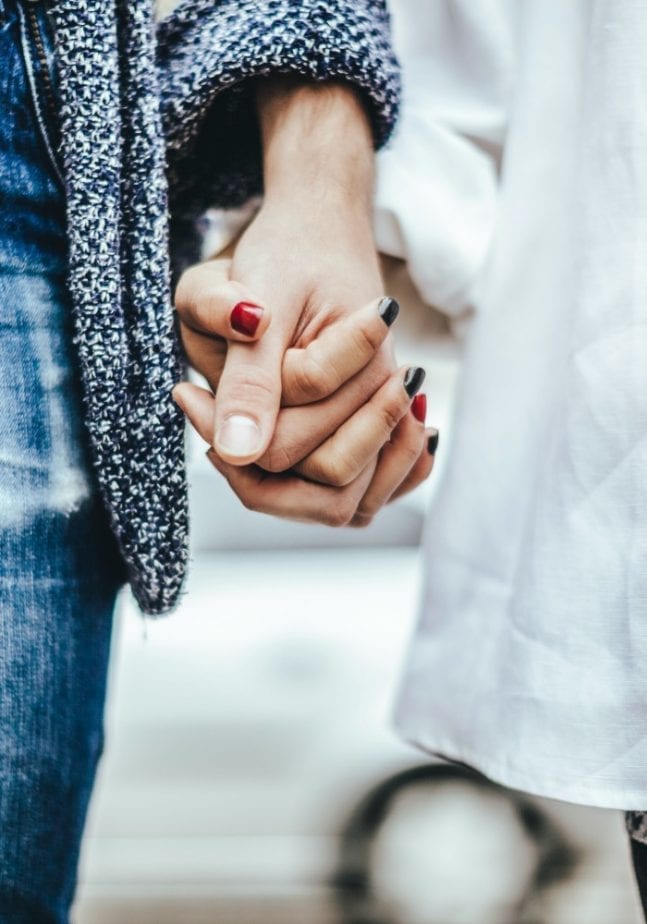 I Don’t Want Kids, But He Does

I met an amazing guy playing Minecraft. Alan. He had a girlfriend but sometime over our Skype sessions he became my best friend. This went on for nearly two years. And then he and his girlfriend broke-up. Still, we talked. Every day, chit-chatting, constantly. Everyone knew about my best friend. We told each other everything. He was there for me when my ex-boyfriend kicked me out, and I was there for him when he needed to vent about being alone and ready to settle down. We had each other, and that was good enough.

So, Alan goes off and starts working out. He started looking good, I mean GOOD. His snapchats are starting to catch my attention. Were his eyes always so blue? Suddenly I can’t make fart jokes? I always used to snapchat him a picture of my shoes when I was pooping, why is that weird to me now? What happened? So I mentioned it. “It’s a shame you want kids,” I said “…we’d make a pretty great couple.” God. I said it. There it was. Out in the open. His reply? “Yeah, I know. I mean, we’d never break up… we know everything about each other. It’s too bad you don’t want kids. I mean, I understand, I’m just saying it’s too bad.”

A few weeks go by, everything is back to normal. He’s giving me pep talks about my loneliness, and I’ve been telling him not to give up, he’ll find someone soon. He’s amazing, of course he’ll find someone… and then I get the text. “You were right. I got a girlfriend!”

There it was. Right there in my face. He said it.

“I told you so! Lucky girl! Congratulations!”

I set my phone down, I don’t want to see what he has to say. I don’t care. It chimes, chimes again, and again. I don’t care. I can’t even see right now, tears are all over my face, I can’t breathe because my nose is all stopped up, and I’m hyperventilating a little bit.

Emily calm it down. Stop it. Go take a shower. Que cliché crying-in-the-shower scene. This was the guy. I let this happen. If I just wanted kids… if I had that motherly instinct? The urge to make babies, and raise them? Why can’t I be normal? Wouldn’t I be happier if I was normal? Alright, snap out of it, Em. Game face.

“Alright, so you got a girlfriend. Do me a favor? Don’t disappear on me.” He promises he won’t. Good, at least he’s still my best friend. He’ll be happy. He’ll raise babies with beautiful blue eyes and have family get-togethers and barbecue every Saturday and all those beautiful clichés everyone else seems to be living for, and he’ll never have a clue how I felt.

As for me? I’ll be alright. This is the kind of sacrifice I have to deal with, that’s just how life goes. I can handle that. I know there’s a guy out there somewhere looking for a girl like me…

Emily, I read your story and couldn't help but notice how strikingly similar your life seems to mine. Just a few weeks ago, I left my boyfriend of 4 years for the exact same reason. I am 23 years old and just now am solidifying my feelings for not wanting kids. I've always felt that may be the case, but just wasnt 100% sure and thought "maybe in time that'll change". I know now that is truly my stance. Not only that, I too am a pitbull momma and am learning how to navigate life alone but in a confident way where I enjoy it. I'm slowly taking it day by day hoping to embrace it. Thank you for sharing your story. It's a bit comforting knowing that someone out there has felt exactly to a T what I felt, had the thoughts I had and is going through life in a similar way. Thank you ❤