So, the other day I finally learned why you should pay for satellite radio.

Because it’s just better. Because you have all the choices in the world, and because it sounds great. At least it sounds great in the Kia Sorento, that’s for sure. 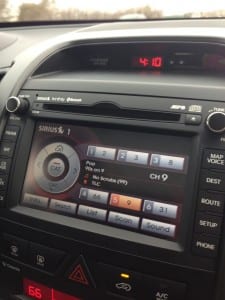 Also, sometimes the best song in the entire world comes on. And that is awesome.

The thing about the Kia Sorento is, I don’t normally drive big cars, so I was worried I wouldn’t be able to handle something with a third row of seating like that… but even though the Sorento has PLENTY of room inside, it handles like a smaller SUV. Up off the ground, but I could turn it right into any parking spot I needed to. and I am always at crowded shopping places, and I HATE parking way out in the boonies, so this was awesome. 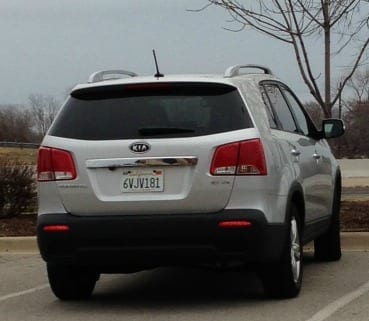 And honestly… it looks GOOD.

Even covered in Snow. 🙂 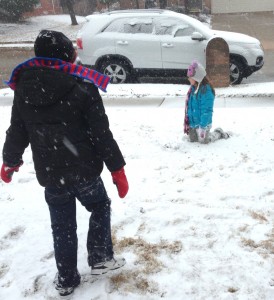 The real question here is, would I drive this as my every day car? I totally would. I drive a lot of cars for a lot of companies, and this is the first one I’ve ever driven that I have seriously considered as my next car. That’s saying something. It’s a great vehicle.

Not So Average Mama

I want to own this car so bad. I think I shed a little tear when they picked mine up :(