I have always been a resolution person. I can’t STAND unresolved issues. If someone is upset with me or visa versa, I like to confront and resolve as soon as possible so I can get on with my life and my mind can focus on more positive and productive things. This week, I learned a valuable lesson: Not everyone is willing to resolve things. After a week of stewing over, crying about, and worrying about it… I finally came to the conclusion: I have to get over it. I was always under the impression that it takes two to resolve a problem…not so. If the other person refuses, I can resolve it on my own by just letting it go. Sometimes the best thing you can do is walk away… 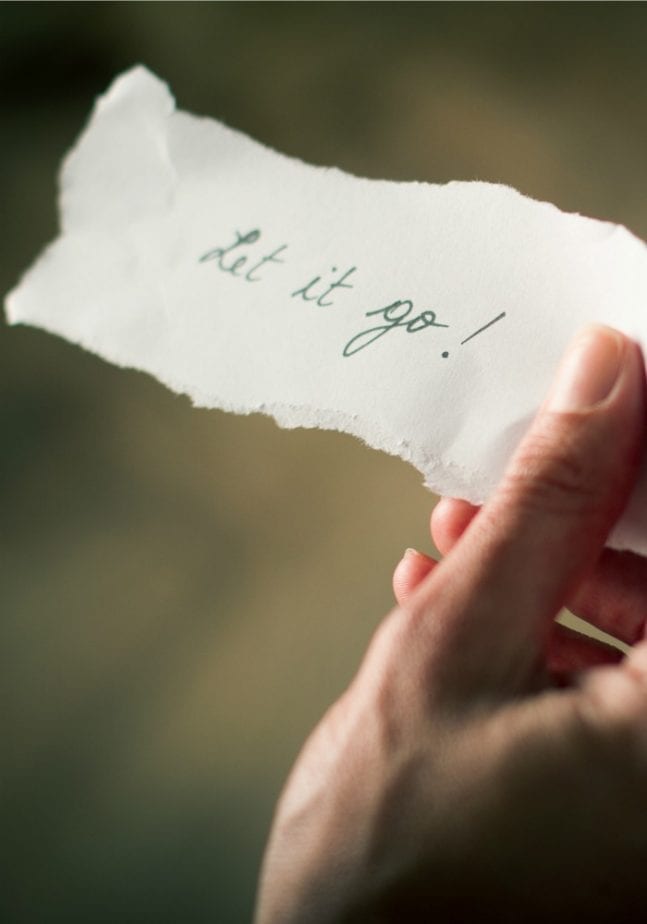 Sometimes The Best Thing You Can Do Is Let It Go, And Walk Away

Maybe it’s because people don’t care as much about things as I do, or maybe they don’t see the issues as dramatically as me, but we’re each entitled to our feelings and have every right to them. Right or wrong, they are our feelings and sometimes getting them out is the quickest way to healing. Maybe they are afraid of, or just don’t like conflict, so avoiding it altogether is the easiest way out for them. I don’t know, but it’s been a struggle for me my whole life to just let things go without some kind of solution to a problem. I will beat a dead horse over an issue until someone takes the stick and starts beating me. My husband has always been my voice of reason, not that I listen and he understands how I am, but I think I have finally figured it out.

I never thought I could let a disagreement or conflict with someone I cared deeply about go…but I realized I was the only one willing to fix the issue. For a week I felt like I had been packing around a 500 pound bag of bricks. I was exhausted, physically and emotionally by the end of the day. I was super tired of my eyes looking like I was having serious allergies to my own tears. I finally came to the conclusion that I didn’t need that second person to resolve anything with me. I was completely capable of dropping that 500 pound bag of bricks and walking away. It just wasn’t worth the energy to care, when I was the only one who was caring. Such a waste of energy. Such a waste of precious time on this earth.

So, with a heavy heart and a lot of thought, I dropped it and moved on. That was my solution…to just let it go. If by chance the subject should arise again, I’ll be able to say that; “I’m over it…I tried resolving this with you and you left me hanging. I’ve let it go.” Don’t get me wrong… I’m all about second chances, but at the point someone causes you that much pain, you have to decide if a second chance is warranted.

It’s completely up to us to drag around that extra baggage that weighs us down..or drop it. Sometimes it’s much easier said than done, and as I’ve stated, it’s something I’m just learning. But, I have to be honest….I feel SO much better. No more tears or sleepless nights. No more wondering how I could fix it myself. Sometimes the only fix is to walk away. There’s something far better down the road.

This is just what I needed to read. I had a close friend and we drifted apart mostly because I felt under underappreciated. I lost many nights sleep and tried making amends but I always felt that I was trying mend this friendship by myself. Eventually his boyfriend got us into the same room but it was as if I was talking to wall, a iced over heart. It’s been a week since I had a monologue and still, it’s as if I’m walking around with two tons of bricks on my back, can’t get no sleep and it’s always on my mind. I just hate the fact that I tried hugging him after I spoke and he took a step back. Anyway, I’m just letting this all go. It takes two to tango and I guess it’s time for me breakdance all by myself.