While perusing Reddit the other day I came across a post asking “What is one seemingly inconsequential decision have you made that changed your life?” Many of the responses were along the lines of randomly deciding to be nice to the new kid and thereby making a new best friend for life. Another recounted the tale of how a bartender gave a free martini to a hostess while she was on the clock. This resulted in the hostess being fired, the bartender quitting in solidarity, and both of them landing on their feet at an awesome new job with the bartender meeting his future wife.

All these tales of butterflies and their effects got me thinking: What tiny moment changed my life? 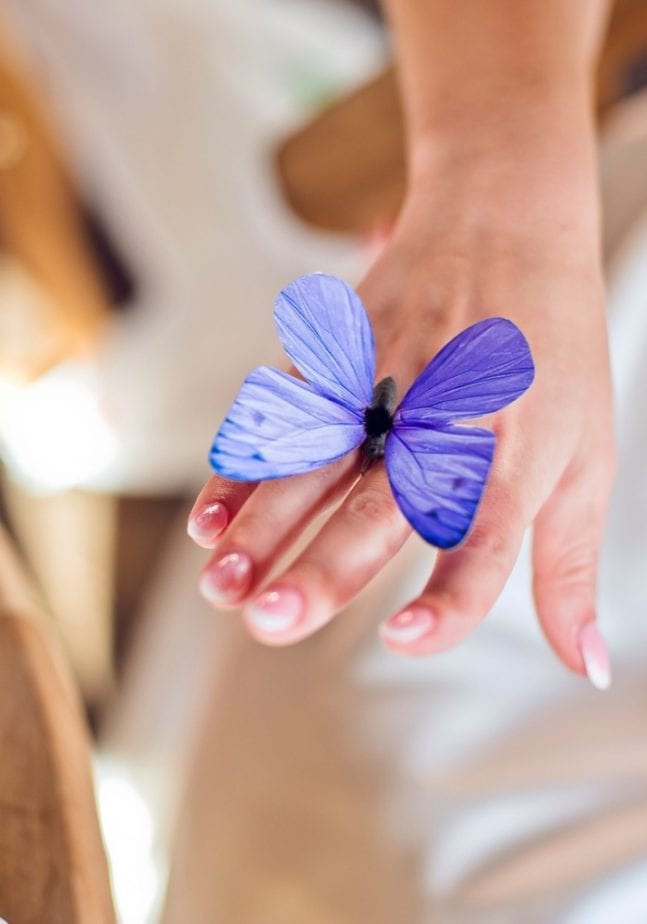 The Butterfly Effect Of Bad Handwriting

Surely I had one. We all do. More than one, probably. Movies would have us believe that the Earth shattering changes can only come from equally Earth shattering events. The Titanic sank because of a giant iceberg. Not because the lookout didn’t have the binoculars he’d requested.

My husband and I will sometimes talk about all the coincidences that had to occur for us to meet. He had to be with his girlfriend at the time, who wanted a house in Dallas, that happened to be in the same neighborhood as a certain comic book store. I had to meet this one random girl at my UNT freshman orientation who told me about an obscure animation program in Dallas. I switched schools and eventually got a job at that comic book store. We met, and 2 years of friendship plus the random occurrence of us both being unattached at the same time lead to our relationship and eventual marriage.

But if I rewind far enough, my job at the comic book store is what set us on our collision course. And I almost didn’t get it because of my own bad handwriting.

See, I’d turned in my application and gotten the magic sticky note from the store manager. Now I just had to call the number I’d written down to schedule my interview with the owner.

I called for a week. No answer. All I’d get was an answering machine with a short, “Hey, we’re not available. Leave a message and we’ll get back to you.” Sure, their outgoing message sounded a little casual for an office, but they were a small-ish family run business. Maybe their office was really busy.

Guys. I hate leaving messages. I always think I sound like a weirdo and God knows comic book stores have enough of those.

After the third message I left I started to think that maybe they didn’t want to interview me after all. Maybe they already filled the position and notifying me ranked a negative 6 on their priority scale. Maybe I didn’t want to deal with this unprofessional business that couldn’t be bothered to answer their damn phone.

I’d grown up a comic book nerd in a small town with no comic book store. Getting a job at a Dallas comic book store would have just been too perfect. Of course it wouldn’t work out! I almost threw the sticky note away.

But. I decided to call ONE MORE TIME.

Finally, an actual human being picked up!

“Hello?” said the lady on the other end of the line.

“Hi!” I replied, startled. But I composed myself and put on my best 20-year-old business voice. “May I speak to Julie?”

The lady huffs. “There is no Julie here. Please stop calling this number. You’ve been harassing us all week!”

My cheeks burn with mortification as this lady chews me out. I just stare at the sticky note that I’d written the phone number on. Suddenly the last digit stopped looking like a 6 and turned into an 8.

I cut off the lady, mid-rant. “Excuse me. I didn’t harass you. You couldn’t be bothered to pick up the phone to tell me I had the wrong number. For a week!”

The heat of my embarrassment channeled itself into a fine rage as I spoke. “Did you even listen to the messages I left? This was about a job! Of course I’m going to keep calling! Maybe next time, pick up the damn phone! Good day madam!” I hung up before she could reply.

Okay, maybe she hung up first. And maybe I really only said half of that to the irate stranger. But you get the idea.

After a cooling down period, I called the correct number and set up my interview. I got the job and the rest, they say, is history.

The moral of the story is that the tiniest of things can alter the course of your life. My bad handwriting almost prevented me from meeting my husband.

And all I have to say to that mean lady is…thanks for finally answering the phone. You will never know how our brief, albeit heated, conversation changed my life.

Some little steps are very different and they make it very useful for the use in better way system backup windows 10. After come online in the huge quantity people need it because this is very common to search basic steps.

Some little steps are very different and they make it very useful for the use in better way system backup windows 10. After come online in the huge quantity people need it because this is very common to search basic steps.