Last year you couldn’t click onto Facebook without seeing a story of a police officer going bananas on someone and it was scary as hell. Sometimes the officer was in the wrong, sometimes they were in the right, but ultimately it made a lot of wing nuts start to challenge the police because they wanted to prove a point. Very. Stupid. Idea.

Know what else is a stupid idea? This new trend of challenging airlines because you think you have the right to do whatever-the-hell you want. It’s gotten so bad that I might not ever fly again. And not because the airlines have suddenly become the big bad wolf of the open sky, but because inevitably there’s going to be some wing nut on my flight who thinks he’s got the right to do what he wants and I’d rather not be in a tuna can ten-thousand feet in the air when the pilot finally snaps. 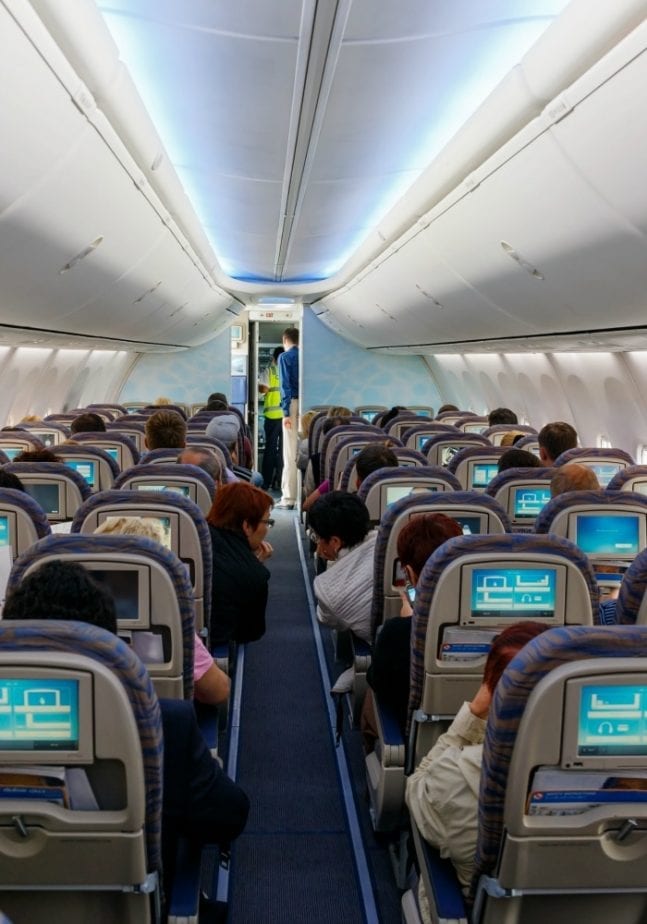 Why I Might Never Fly Again (And It Isn’t What You Think!)

We’ve all seen the coverage. Started with two little girls wearing leggings. Then the man being dragged off the flight. Then the bunny dying during a flight. Then the mom with her stroller. And now? Now there’s a family who was kicked off their flight because they were using a seat that was no longer theirs. Take a look!

Look, I get it. They thought they had every right because they originally purchased the ticket…but that’s not how things work. Think about it like this: you and your hubster are flying to Missouri to visit your great aunt Gertie and last minute your hubster has to stay behind because one of your kids got into SUCH BIG TROUBLE that there was no Way both of you could go. But instead of calling the airlines and making arrangements to bring one of your other kids on the flight in your hubby’s place, you just bring the kid on board and expect all to go well.

Um, not how it works, hoss.

Not your neighbor who decided to take a quick trip for the hell of it.

Not your Cocker Spaniel, Maisie, whom Gertie has always loved and might enjoy seeing.

And that’s exactly what happened here. It is not Delta’s fault that this family decided to change up their plans last minute. If the family really wanted to make this an easy trip, they should have TALKED to Delta ahead of time, confirmed that the change was okay, and then done whatever was necessary to comply with what the airline requested.

Because here’s why: while this family thought they were doing what was best for themselves, the airline has to do what is best for a whole bunch of people.

And like I said earlier, I do NOT want to be in the air when a pilot has had enough and decides he’s done with all the shenanigans.

Being a pilot is already on the list of top ten most stressful jobs.

And this family decides it’s okay to complicate things by usurping the rules that are there for everyone?

The family could have chosen to do what was asked of them in the first place. Which wouldn’t have been so different than what they planed to do at the beginning. But instead, because we’re at the point of people challenging airlines the way people used to challenge the police, they decided to make a stink and make things hard on everyone.

All because they wanted it their way.

So yeah, I might be done flying. At least until people decide to start following the rules again. Because I’ve seen LOST, and crashing onto a deserted island that might also be purgatory is NOT how I want to go.

Too bad Mary didn't/doesn't have all of the facts in this case! Delta has apologized and is compensating this family. They did go through the proper channels to have the seat transferred from their teen son's name into their 2 year old's name. So even if you think the family was in the wrong or "challenging" the airline, you didn't research this particular incident and get all of the information. Only when 'big business' stops taking advantage of the "little guy" will things like this stop. Stand up for your rights now before someone decides that you shouldn't have them at all.