Dwarf Giraffes Exist And I Am In Love!

I love giraffes, they are one of the few remaining giant species left to roam Earth. The average height of a giraffe is about 16 feet tall and so majestic looking. Their legs alone are about 6 feet long and that is more than my full height, I’m a tad short.

Michael Brown is a conservation scientist with the Giraffe Conservation Foundation and the Smithsonian Conservation Biology Institute. Brown along with his colleagues discovered a Nubian giraffe in 2015.

The initial reaction was disbelief.

They discovered this special giraffe in Uganda’s Murchison Falls National Park. The reason I say it was a special giraffe is that this giraffe was only 9 ft, 4 in tall! Still taller than a human, but miniature for a giraffe!

They called this giraffe Gimli. They said it looked like someone put a giraffe’s head and neck on a horse’s body. So, ‘Gimli’ had a long neck, but short legs.

Three years later, they found Nigel. Nigel was even smaller, measuring only 8 and 1/2 ft tall. This giraffe is an Angolan giraffe.

I didn’t believe it at first. I thought it was photoshopped, to be honest.

David O’Connor, president of Save Giraffes Now and member of the IUCN Giraffe and Okapi Specialist Group

Dwarfism is rarely observed in the wild

The only explanation they could come up with was dwarfism. Dwarfism can happen in many species although it isn’t often observed in wild animals. It had never been observed in giraffes.

Brown and a colleague announced their discovery in an article that was published just last month. It talks all about the effects of dwarfism and is super interesting.

It’s easy to imagine how this might make them more susceptible to predation since they lack the ability to effectively run and kick, which are two of the giraffe’s most effective anti-predator tactics.

Dwarfism doesn’t seem to have hindered their ability to survive in the wild, which is amazing! Watch the video below to learn more about these miniature giraffes! 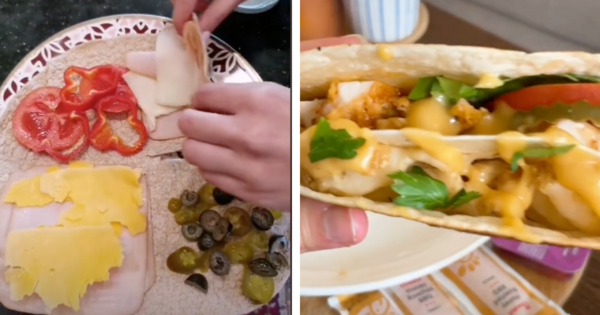 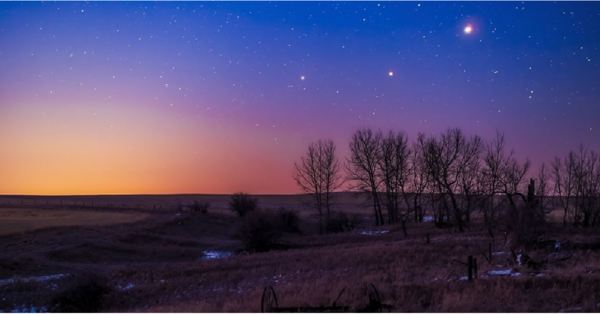 Next
Jupiter, Saturn, and Mercury Are Forming A Triangle in The Sky Right Now. Here's How You Can See It.
Click here to cancel reply.